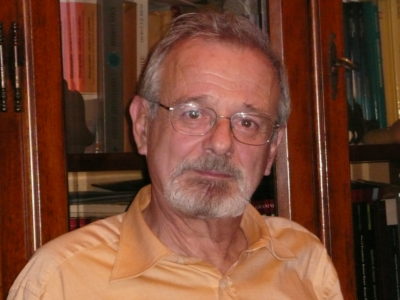 Carlo Maccheroni has been Professor of Demography at Dipartimento di Statistica e Matematica applicata “Diego de Castro” of the University in Turin from 2000-’01 to 2010-’11.

He has previously  been an Associate Professor of Demography at the “L. Bocconi” University in Milan, where he held courses in Demography and Statistics. He has also worked at the “Università dell’Insubria”, Faculty of Economics where he taught Statistics, and at the “Institut d’Etudes Politiques de Paris” (Fondation Nationale de Sciences Politiques).

As far as his work at the Department is concerned, recently he has been responsible for the “Implications of demographic change in enlarged EU on patterns of saving and consumption and in related consumer behaviour” research commissioned by the European Commission; he has also collaborated on projects developed by the Centre for Research on Pensions and Welfare Policies (CeRP).

Up to 2007 he was Deputy Director of the Centro per l’Elaborazione Logica e l’Utilizzazione Sistematica dell’Informazione (ELEUSI) at the at the “L. Bocconi” University. In this context, besides being coordinator of post graduate courses, he has run numerous statistical investigations promoted by private and public bodies and aimed at the study of socio-economic problems. He also collaborated in the preparation of the tender plan for the building of the Straits of Messina bridge which won the tender competition.

Presently he is a fellow in the Carlo F. Dondena Centre for Research on Social Dynamics at the “L. Bocconi” University where  he also  was the head of the Organising Committee of the 4th Conference on Migrant and Ethnic Minority Health in Europe (Milan 21-23 June 2012).

In his individual research work he has fostered study areas dealing with mortality with specific reference to old age, population ageing and its repercussions on welfare and demographic modelling. Many of his published papers deal with these issues.

He has been a member of many national and international scientific societies, for which he has been elected to management posts.